I have known Master Sommelier Kevin Vogt for more than 10 years both professionally and personally, and am always amazed by his far-reaching knowledge of wine along with his impeccable palate and ability to conceive enchanting pairings with a wide array of culinary delights.

Kevin graduated from UNLV in 1993 with a degree in hotel administration but quickly gravitated to a wine and restaurant focus. He joined celebrated chef/owner Emeril Lagasse in 1996 as wine director and sommelier for Emeril’s New Orleans Fish House at the MGM Grand Hotel in Las Vegas, and in 1999 he opened Delmonico Steakhouse at the Venetian for the Lagasse group.

Since graduation, Kevin had three goals in the wine arena that he set out to achieve. First was to build a Wine Spectator Grand Award wine list realized in 2004 with Delmonico Steakhouse. To date, there are only 88 wine lists in the world that have achieved this merit of excellence.

Second was being named to the Court of Master Sommeliers by passing the rigorous exam for the American Chapter. In 1999, he accomplished this distinction as only the 38th person to do so in the U.S. and 88th worldwide.

Third was to produce his own wine. This goal too was realized in 2005 with the release of Mastery, a highly regarded small production Napa Valley cabernet sauvignon. 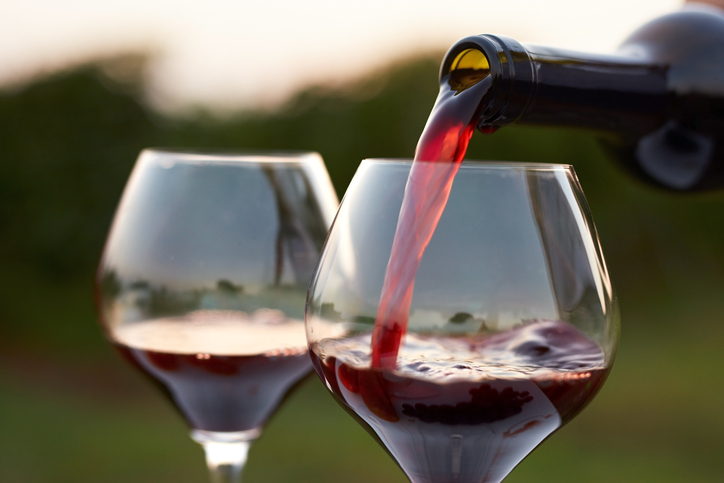 And now Kevin has embarked on a fourth goal not foreseen in his younger years. This is the dream of living in the Napa Valley and owning a wine shop where in a friendly congenial atmosphere, he can meet face-to-face with customers eager to learn about and enjoy wines.

He always felt more at home in Napa Valley during his many visits and saw “his heart was here while his body was in Las Vegas.” So when the opportunity presented itself earlier this year, Kevin said “it was time to connect his heart and body” here in the valley.

Groezinger in Yountville, the oldest wine shop (1970) in Napa Valley that traces its origin back to the Groezinger Wine Company founded in 1870, quietly came up for sale. Kevin had worked closely with Daniel Pressey of Santa Rosa-based Wine Country Connection in their wine brokerage business and together they purchased the historic Groezinger wine shop and set out to recreate its image as a fine wine destination in Napa Valley.

This was a big move for Kevin, leaving a 20-year “dream job” with Emeril to start a new chapter in his life. With the support of his wife, Lynda, and their two daughters, Madison and Juliana, the decision became easier and the sale was closed on May 1. The store was renamed Wine Country Connection and a complete remodel was undertaken to create rustic wine country feel more typical of the valley and its heritage.

In addition to being a fine wine shop featuring quality wines from noted producers at reasonable prices (both on-line or in-store), Kevin and Daniel have created a welcoming atmosphere for locals and visitors. The tasting bar features about 70 different wines plus a Reserve Selection kept in pristine condition by the use of an industrial version of the Coravin wine system. All of the wines selected for the tasting bar and retail sale must pass the rigorous tasting/review of Kevin, Daniel and their team with only a small fraction chosen weekly for inclusion.

Wine Country Connection’s tasting menu focuses on premium California growing areas with an emphasis on Napa and Sonoma and broadened by a carefully chosen selection of imports. This is the only shop for miles around where the customer can taste such a breadth of wines with a master sommelier to guide them to new frontiers and vinous experiences.

And for those interested, there is also a multi-level wine club available with various price parameters from which to choose.

“This is a dream come true,” Kevin said with a boyish grin while gazing out the shop’s window to the mountains of Yountville. “This is pretty good.” And I say it’s pretty good for all of us in the Napa Valley to have Kevin and his family as our neighbors.