Is There Life in Old Chardonnay?

Reality: Not necessarily so!

Contrary to many friends and fellow collectors, I have long been an advocate for older chardonnays but not all make the journey from youth to old age gracefully. In its elder state, chardonnay is really no different than cabernet sauvignon or other reds that you naturally expect to improve with age except that it is a white wine and few consumers see any true aging potential for that category. And those doubters may be missing some really remarkable experiences.

In order for any wine — white, red, sweet or dry — to age gracefully it must exhibit balance in its youth where the components of acidity, alcohol, fruit and tannin are all in harmony with one another and none overwhelm the palate. 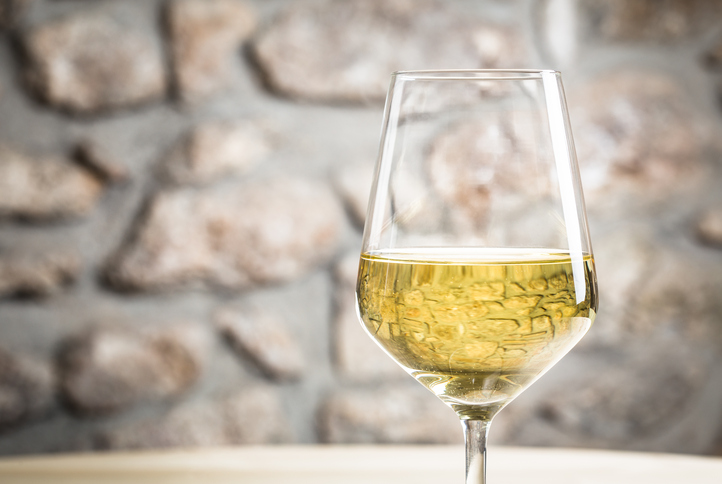 In the U.S., 80 to 90 percent (depending on the source) of all wines are consumed within a week or so of purchase with the vast majority within 24 hours. So long-term ageability is not a consideration for most consumers, but for some it is held in high regard.

There’s an old adage about aged wines: “There are no great wines but only great bottles.” So, we must be careful not to paint an entire category with too broad a brush based on an individual tasting experience.

In contrast to conventional wisdom, many whites have proven themselves quite ageable, including the great whites of Burgundy (all from chardonnay) and Bordeaux, sweet and select dry rieslings from Germany and Alsace along with many from the Rhone Valley (both north and south) and elsewhere in the Old World.

With California chardonnays, the aging curve is seen by many as considerably shorter. But why?

California has a very different climate than Burgundy, the homeland of chardonnay and famous for long-lived wines.

Malolactic fermentation (softening extreme acidity typical in cooler climates), necessary in the colder climes of Burgundy, was also widely adopted in the somewhat warmer areas of California during the late-1980s consequently reducing needed natural acidity and lessening aging potential. And later harvesting with higher sugars and subsequent higher alcohols only worsened the situation. 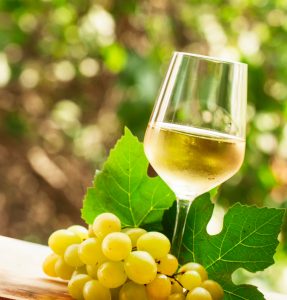 After some recent discussions with others, I decided to see for myself how North Coast chardonnays held up with several decades of age. I selected 16 chardonnays from our cellar (all purchased on release and held in optimal cellar conditions) dating to the 1970s, 1980s and 1990s. Over the last couple of months, I’ve tasted each wine in groups of three or four. While not all have stayed the course, there were several that achieved greatness and may still have a few years to go.

I found the wines generally falling into four groups with a few overlapping. And surprisingly, those from the late-1970s and mid-1980s showed better as a group than others from the early to mid-1990s.

— Group 1—Stellar examples of the qualities that only appropriate practices in the vineyard, winery and cellar can show in a properly produced and aged wine.

— Group 2—Wines at or slightly beyond their peak and worthy of enjoying with dinner tonight.

— Group 3—Wines beyond their prime but still showing well as senior citizens and deserving of our admiration.

— Group 4—Wines clearly over the hill and not showing any promise.

Several examples of my “favorites” are listed below. The best had alcohols from 12 to 13.5 percent and went through minimal if any malolactic fermentation. Most of these wines exhibited the visual changes one would expect with long term ageing. The color deepens from golden to light amber with the fresh fruit flavors and aromatics of youth morphing to more complex secondary expressions along with moderate oxidation that I appreciated as a complexing element.

The 1977 Robert Mondavi Reserve, which showed considerable “funk” on opening, blew that off and became the second glass of choice with friends joining me for the tasting. The 1979 Trefethen was one of the best wines overall with surprising freshness and intriguing notes of honeyed apple. The 1978 Chateau St. Jean Robert Young showed richness and sherry tones with honeyed dried fruit that displayed the grace of age.

From the mid-1980s, the 1984 Long Vineyards stole the show with Burgundian quality and a long layered finish that was even better after an hour in the glass. Following close behind was 1986 Grgich-Hills showing oxidized notes with rose petals on the nose at opening but loads of fruit on the palate emerging after just a few minutes in the glass.

The 1994 Peter Michael Mon Plasir was also a show stopper (and a perfectly matured version of what I recall of the wine in its youth) with dried floral scents and earth on the nose, a silky elegance in the mouth with bright acidity, tropical fruit and citrus on the palate. Both the 1995 Stony Hill and 1994 Hanzell showed luscious fruit and good balance to enjoy in the short term.

Because of the mature flavors and aromatics that develop with age as opposed to the youthful freshness most people are familiar with, older chardonnay may not be for everyone. But for those of us who look for these more mature treasures it is certainly an area worth exploring.

Allen Balik has been a wine collector, consultant, author, fundraiser and enthusiast for more than 35 years. Each year, he and his wife, Barbara, produce the Evening Of The Culinary Winemasters event at Warner Bros. Studios, a benefit for Cystic Fibrosis. He regularly appears on CRN Digital Talk Radio’s What’s Cookin’ Today and What’s Cookin’ on Wine programs.