Internationally, merlot is one of the world’s most revered varietals. But over the last decade, it has come under intense fire in our domestic market for its perceived lack of “personality” and not living up to the “standards of a great California wine.” Why has all this negativity been directed at such a noble and widely planted grape with some in the press predicting its demise?

Merlot is the second or third (depending on the source) most widely planted red grape worldwide and No. 1 in its home of Bordeaux. There, it is the lead grape on the Right Bank (Pomerol and St. Emilion), an equal partner with cabernet sauvignon in the southern Left Bank (Graves and Pessac Leognan) and a principle blending component throughout the central and northern Left Bank (the several premium appellations of the Medoc). And recently it has found a “luxury” home in Tuscany’s “newly” (over the last four decades) explored western regions of Bulgari and Maremma. 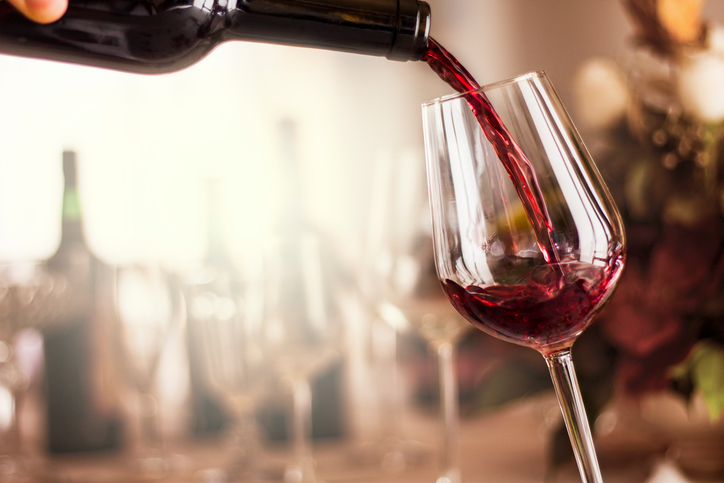 Merlot has been an integral part of the California landscape through much of our vinous history. But it only appeared as a varietally labeled wine in 1971 — about 30 years after the first varietally labeled cabernet sauvignon. The premier release was a multi-vintage blend of 1968 and 1970 as Louis M. Martini Merlot California Mountain Edge Hill Selection. This was followed by other pioneers including Sterling with its 1972 followed by Rutherford Hill, Duckhorn and others later in the decade.

The real explosion of merlot sales and identity came in 1991 with the 60 Minutes “French Paradox” broadcast that introduced America to the health benefits of red wine in combination with the Mediterranean diet. Prior to this time (in the 1980s) white wines and blush White Zinfandel lead the market. So given this new red wine revelation the search was on for a lighter, less intense red to satisfy the many white wine fans.

Merlot quickly became the wine of choice due to its softer profile and readily enjoyable character, and plantings were increased throughout the state. Unfortunately, much of this expansion was in the hotter Central Valley where insipid wines were produced that quickly dominated the market at lower prices. Regrettably, many consumers wrongfully identified this style as merlot’s true character although others began to look to Napa and Sonoma for better examples of the grape in an effort to continue appreciating a finer merlot.

The merlot rage continued for both the premium and mass-produced categories through the 1990s and into the 21st century until the highly popular movie “Sideways” in 2004. It seemed like everything 60 Minutes did for merlot was undone by a single line uttered by Miles (the “wine maven”) in “Sideways” when he announced “he would not be drinking any [blank] merlot” The pinot noir boom took center stage and merlot’s slide began.

Today’s merlot market share is roughly twice what it was just after the French Paradox surge of the early 1990s. Certainly no downward spiral. Yet its “imminent” demise remains a topic of discussion and may be attributed to a different set of market conditions.

A New World trend toward bigger (more concentrated) wines has been fueled by critics as well as the introduction of the Red Blend category (often straightforward sweet wines appealing to the mass market) that did not exist 20 years ago and accounts for roughly 13 percent of domestic sales today. Merlot’s varietal presence is further reduced as much of the remaining Central Valley merlot goes into those Red Blends for easy drinking.

While these challenges persist in limiting merlot’s market share, the quest for top-quality wines from premium growing areas such as Napa, Sonoma and elsewhere continues to drive the upper end of the market. Cooler growing areas and mountain vineyards are producing an ever expanding selection to rival the finest merlots in the world market.

Pomerol’s Chateau Petrus and Chateau Le Pin, along with Bulgari’s Masseto, are all 100 percent merlot and regarded as some of the finest, most expensive and enthusiastically collected wines produced anywhere in the world. While the lower end of the merlot market may be shifting to other varietals and blends, the premium end appears to be holding its own and is constantly spurred on by better growing areas and more committed producers.

I am a big fan of well-made classic merlot from premium growing areas, and I am constantly amazed as to how well it pairs with so many dishes, exciting the senses and tantalizing the palate.

So to paraphrase Mark Twain’s memorable quote, “The reports of merlot’s death are greatly exaggerated.”

Allen Balik has been a wine collector, consultant, author, fundraiser and enthusiast for more than 35 years. Each year, he and his wife, Barbara, produce the Evening Of The Culinary Winemasters event at Warner Bros. Studios, a benefit for Cystic Fibrosis. He regularly appears on CRN Digital Talk Radio’s What’s Cookin’ and What’s Cookin’ on Wine programs.