Dieting fads come and go. Like European fashion trends, as soon as a new diet plan hits the scene, hoards of desperate housewives looking to keep or obtain a slim figure jump onboard with mad fervor. South Beach diet, Cabbage Soup diet, Yogurt diet, Grapefruit diet, all earned places in the Graveyard of Dieting Fads. The goal of many fad diets is simple: curb hunger while intaking as few calories as possible. Sounds like a good idea, right? WRONG! 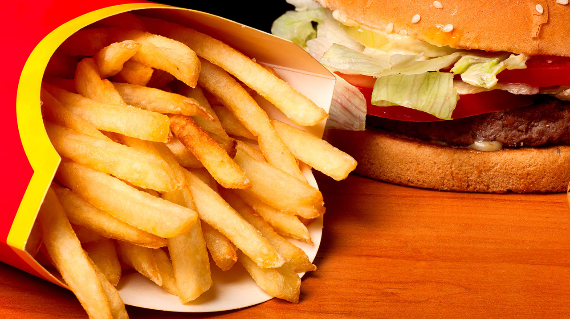 We have been conditioned to “hate” calories by these diet fads – and this is a dangerous game. From those nutrition classes we slept through in high school, you might remember that a calorie count is simply a measurement of a food’s energy units in relationship to our body’s caloric needs. For example, if you were to walk up a flight of stairs, your body would use approximately nine calories per minute, or 540 calories per hour (that’s a lot of stairs!). That is equal to one Big Mac! Our body relies on calories for everything it does (including thinking, which can burn over one calorie per minute!).

Human beings are said to use between 1500 and 3000 calories per day. A number of factors determine where you fall in this broad spectrum: activity level, gender, overall body mass, metabolism…the list goes on and on. But the simple rule is this: If you are taking in more calories than your body is using on a daily basis, then you will gain weigh as fat – which is our bodies storage unit; if you are taking in less calories than your body is using, then you will lose weight.

If you are “breaking even” then you should expect no change in weight.

Typically, it’s a good rule to keep the calories you are intaking as “good” calories. A “good” calorie could be defined as a calorie high in nutrients (also necessary 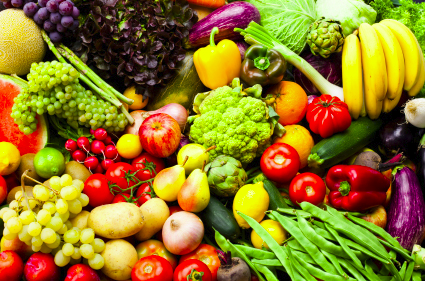 for sustenance and good health). An easy comparison would be comparing a glass of soda to a glass of milk. Though comparable with regards to calorie count, the soda is primarily sugar, which offers NO nutritional value, I like to call “dead” calories. Milk, on the other hand, contains calcium, protein, vitamin A and vitamin D, which are part of the essential building blocks for muscle and bone.

Choosing “good” calories is a great first step to improve your overall health if you find you are lacking energy or stamina throughout the day and aren’t interested in losing weight. Eat as much as you usually would, but make them “good” calories for a healthier result. You might notice your overall physical appearance and stamina improves because you are getting more nutrients in your diet.

A recent UCLA study attempted to compare McDonald’s to Subway, claiming that “both are equally bad.” Now, my poor parents could never afford to send me to UCLA, but they sure could afford to give me some common sense. And although Subway isn’t the shining beacon of healthy eating (sorry, Jared), it does have some significant advantages when it comes to nutrient count and total fat. As an example, that same Big Mac you earned from climbing stairs for one hour has over 50% of it’s calories in FAT, vs Subway’s 6” Philly Cheesesteak which has around 25% of calories from FAT at the same calorie count as the Big Mac.

Jared’s favorite, the 6” Turkey sandwich, has roughly 10% of it’s calories from FAT.

Some sandwiches to stay away from at Subway: the Chicken Bacon Melt and the Chipotle Steak and Cheese with Avocado, both weighing in at 50% of Calories from FAT. If you were to compare the full menu’s of both restaurants, however, you will find that McDonalds averages 50% of Calories come from FAT, with almost every menu item carrying that ratio. Subway averages much lower at around 20%, with many of their items at 10% or less of calories coming from FAT.

Calories are really our partner in life, the building blocks for energy and shuttle for nutrition. But like any partnership we develop in life, we have to know if the influence of these partnerships are positive or negative, and act accordingly and responsibly. Being mindful of “good” and “bad” calories is the first step to changing your diet, and your life, for the better.

And while crash diets do just that, eventually crash because our bodies are being nutritionally starved, a long term consciousness about the food you put into your mouth can not only slim your waistline, it could save your life.