–WHAT: Two nationally-syndicated CRN Digital Talk Radio personalities will live tweet Tuesday’s Republican debate, contributing their opinions and observations in real time. The talk show hosts will take to Twitter at or about at 5:00 PM Eastern/2:00 PM Pacific.

Larry Elder, the libertarian host of “The Larry Elder Show” and a frequent contributor to Fox News, Newsmaxx and CNN, will tweet from his account, @LarryElder. 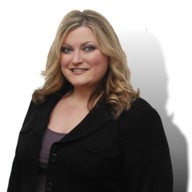 the “Jen & Don Show” on Salem Radio’s AM590 The Answer in San Bernardino, CA) will tweet from @JenniferHorn.

Media wishing to book Larry or Jennifer for pre- or post-debate commentary can contact Jennifer at (818) 352-7152 or jhorn@crntalk.com.