Falling Back in Love with Myself after PTSD

I’m in love with myself for the first time in my entire life.  This past week, after working for almost a year in my efforts to fully recover from the severe PTSD I suffered from, I spent eight magical days in Nosara, Costa Rica on a yoga retreat.  When I arrived there, almost instantaneously, it felt like the roof had been blown off the prison house I had lived in for so many years, the walls came crumbling down all around me, and a whole, new, beautiful world presented itself before my eyes.

For eight days my life was a living joy, I was so happy to be alive, the exquisite taste of my own existence as sweet to me as any elixir the world could offer.  I didn’t know life could feel this good, all the time.  My soul was in love with my body and my body was in love with my soul, and at night, as I gazed at the ocean of stars above me, I’d close my eyes, and hear the sounds of all the nature around me – the birds fidgeting in their nests, the insects buzzing, the crickets chirping, the howler monkeys howling – and I felt connected to it all.  I opened my eyes, and the stars in the heavens appeared so close to me, I could just reach up and touch them.  My existence was pure joy, and love poured forth from my heart and soul to everything that encompassed me.

A year ago, though, things were much different.  I didn’t want to live anymore.  Life had lost all hope, and suicide seemed like the only way out.  I was in so much excruciating pain from the Post-Traumatic Stress Disorder I felt and experienced after a series of major family traumas followed by the sudden, harsh, and unexpected departure of my ex-fiancé in October of 2011.  What made it so cruel was that I didn’t expect it, I had no way to prepare for it, I’d just spoken to her on the phone and told her I loved her and she responded back with I love you too, so when I opened the door of our apartment to find all of her stuff gone when I thought she was out of town spending it with her family, it destroyed me.  I was a man dying in the fires of the atomic bomb set off on our relationship, and my life was in the balance.

For months, I carried this traumatic experience with me.  Every time I opened the door, I kept reliving the nightmare.  I had sleepless nights, and when I did sleep, I had terrible nightmares.  My mind kept recycling the upsetting memories of the event trying to make sense of it, but it only made matters worse for me because it kept recycling the pain. For weeks on end I’d just stare at the walls for hours and break down into uncontrollable sobs, in the kitchen, on the floor of my apartment, and in the bathroom.  I was on my knees praying to God, grieving so much, asking for His help.  I could barely function.  I lost weight; I couldn’t or barely ate; at work, I was there in body, but I felt like a walking corpse – all the life had been drained of me, my heart and spirit was crushed.  At times I didn’t know if I was going to make it through, the pain was so excruciating.

I felt extremely vulnerable and wanted to protect my wounded soul from any who tried to get inside. Paradoxically, I craved intimacy and wanted/needed to feel loved, but was not able to let anyone in for fear of being wounded again.  Attached to this extremely sensitive vulnerability was an unbelievable amount of rage inside; I wanted to destroy, I wanted to seek revenge, I wanted to hurt because I’d been so hurt.  And now I understand what it means that only hurt people can hurt.  You want to hurt the world because the world has hurt you.  But, at my core, the very essence of my being, didn’t want to cause more pain, so I sat with it, by myself, all alone in my apartment, and faced what was in me that needed to be faced.  My apartment became my tomb.  A few times I wanted to die.  I had suicidal thoughts because I just wanted the pain to stop, but something in me told me to keep going.  Just one more day.  Get through one more day.  I lit candles at the beginning to get me through, a 30 day vigil.  I wept a canyon of tears, and I prayed like I never prayed in all my life.

Anyone can get PTSD at any age.  Most often it is attributed to those who are affected by the horrors of war, or survivors’ of physical or sexual assault/abuse.  It can also occur from emotionally or physically abusive relationships, accidents, disasters, or many other traumatic events.  It is an anxiety disorder people get after seeing or living through a dangerous event.  Often it goes unnoticed and untreated, and those who have it lead lives of quiet desperation, isolated, and in deep emotional and psychological pain.

My experience with PTSD I now realize goes much farther back than the night my ex left me.  That night was just the trigger, something much bigger was happening, perhaps lifetimes of pain was coming to a head to be healed in that moment and the only way it could be healed was for her to do something so extreme that it would force me to the extremes as well: to choose life, or death.  I chose life through the path of grace and miraculously, 14 months later, I’ve never been so in love with who I am as I am today. 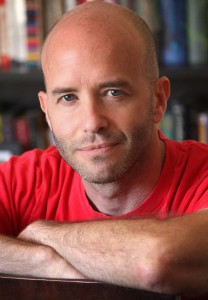 Charlie Pacello is a PTSD and Healing Trauma recovery expert, and the creator of “Lt. Pacello’s Life Training Program.”  His life’s purpose and mission is to heal people who suffer from PTSD, trauma, and stress.  He is also an actor, writer, star on the cwtv online series, “Prom Queen: The Homecoming” and a soon-to-be author.

He lives in Los Angeles.