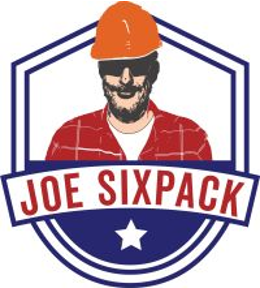 Joe Sixpack is the author of the book Socialism Sucks Your Money from Your Pocket and publisher of the social media page Real Joe Sixpack at:

Joe was born into a lower middle-class family in the late 1960’s, a bouncing bundle of joy for Mr. and Mrs. Sixpack. Joe’s parents raised him on a heavy dose of common sense.

At the time, common sense was far more common than it is today. In fact, today, common sense is actually controversial. When you use it, you’re actually stirring the pot.

As a young adult, Joe graduated from the school of hard knocks. While he rebelled against authority in his youth, he simultaneously respected the laws of the land (well, at least the ones that made sense). While Joe never started a fight, he finished each one.

Through hard work, Joe was able to elevate himself into a modest upper middle-class existence. Each day, Joe strives to improve his lot in life by utilizing the capitalist system that is the free market. He never seeks handouts. You could do much worse than emulating this guy. Joe loves God, country, classic cars, shooting guns and rock ‘n roll.