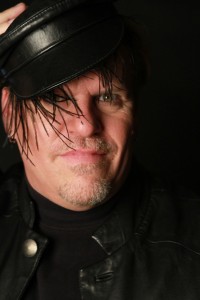 The only thing constant is change, and over the last decade, entertainment (especially radio) has gone through some major ones indeed. There are not many aspects that have gone unaltered; from the very devices we use to consume radio, to the way hosts are employed. About the only thing that stayed the same is the fact that they still need living, breathing hosts for both music and talk (although I’m sure corporate radio is working on that issue as well).

Talk radio in particular is at a crossroads. The demographic that grew up digesting talk as a regular staple is older, and has moved out of the key demographics that radio seeks. And that demographic, 18-54, 25-54 and 35-64 uses media in an entirely new way with an attention span shorter in minutes than they are years old; yet  90% of them report  using radio in some form every week. Polarizing, bombastic hosts devoid of any heart and simply pushing a strong ideology are making way for “centrist” hosts or hosts that simply want to have fun.

However, corporate radio is not responding to the mood of the general public. For instance, approximately 90% of all spoken word format is sports, religious, Hispanic or conservative radio, with a little under 10% being “progressive” or “liberal.” Yet, according to a Gallup poll taken shortly after the 2012 election, 40% identify as conservative while a total of 56% identifies as moderate or liberal. So if only 40% of Americans identify as conservative, why the programming imbalance? Easy: money.

Conservatives laid the foundation for their take over of the media upon deregulation and the elimination of the Fairness Doctrine by Reagan. They bought stations across the country, and put on shows that did not have to generate a profit as much as preach an ideology. Hosts like Limbaugh, Beck and others were able to pay these stations carriage fees, and bartered for spots while most progressive shows couldn’t afford these fees, and were not funded by major think tanks or benefactors like Karl Rove or the Koch brothers. These shows flourished in the fertile ground so much so that for every radio station that clears a show like Ed Schultz, Randi Rhodes, Stephanie Miller or myself, there’s literally 25 others that clear the aforementioned conservative hosts. It’s not that the public doesn’t want those shows from the “progressives” it’s just that there’s more money in it for the station to host the conservatives.

But the election of 2012, the Connecticut massacre and the extreme polarization is starting to backfire. Listeners want three things from a show: they want it to be informative, entertaining and relevant. They don’t want blind ideologies; they want truth, not a spin or shade of it. But most importantly, they want to be entertained. Because remember, talk show hosts are not politicians, political leaders or parade leaders; they are entertainers pure and simple. As former PD of KGO San Francisco Jack Swanson once told me, “We are all circus performers. The owners of the tent may change, but we show up and do our show and hopefully entertain the masses.”

For years I have included pop culture, technology, and entertainment segments on my show. I’m as apt to be at a political convention as I am the Oscars or a movie premiere. I’ve worked McDonald’s drive-thru’s or begged for money on the street letting listeners choose the signs I hold up. A great AM or FM talk show now has to combine what the music jocks, people like Howard Stern or Billy Bush or Mancow, do with what they’ve been doing. Listeners don’t want a professor or a preacher, they want a fun friend that makes them laugh and think a the same time.

Getting out of the chair and in to the world, hearts, minds and streaming devices of the listener is the new challenge for spoken word programming. Shows that refuse to change, that simply sit and push an ideology, have guest after guest after guest about the same topic, are going by the wayside. Shows that keep topics to one or two segments most, mix it up constantly, do inventive and even crazy programming and shows that aren’t afraid to take chances and yes, sometimes fail, are the new wave.

But it takes a station to believe in shows again. In the PPM days, if a show doesn’t perform and produce results instantly, it can be gone. Development of shows has gone out the window at corporate radio, being handled instead by independent stations or satellite providers like CRN, GCN and others. The weekend real estate at a station, which used to be talent development or proving grounds, is now sold at many, taking away a shows chance to explore and find its footing.

It truly is the best of times and worst of times for radio. Corporate radio is doing all it can to destroy or homogenize what is heard, with many spoken word formats now being programmed as after thoughts by the music directors. Meanwhile, the multiple ways shows can be heard now (online, streaming, podcasts and more) make it easier than ever to do a show and gain a following. And contrary to what many executives now believe, spoken word radio is still about the host, the people, not the ideology or content. The product of music radio is the music, the product of spoken word is the host. People need someone to connect to, to feel that they understand what they are going through, that they can relate. Especially in down or crazy times.

And those times are now more than ever. Will the spoken word format survive? Not as we know it today, but it will evolve and emerge as a mix of the old married to the new. It’s the hosts that can change, adapt, keep up that will thrive and those that think radio is going in, sitting behind a mike for three hours, doing only three or four topics, relying heavily on guests and callers…they will end up part of a rich history but not part of the future.