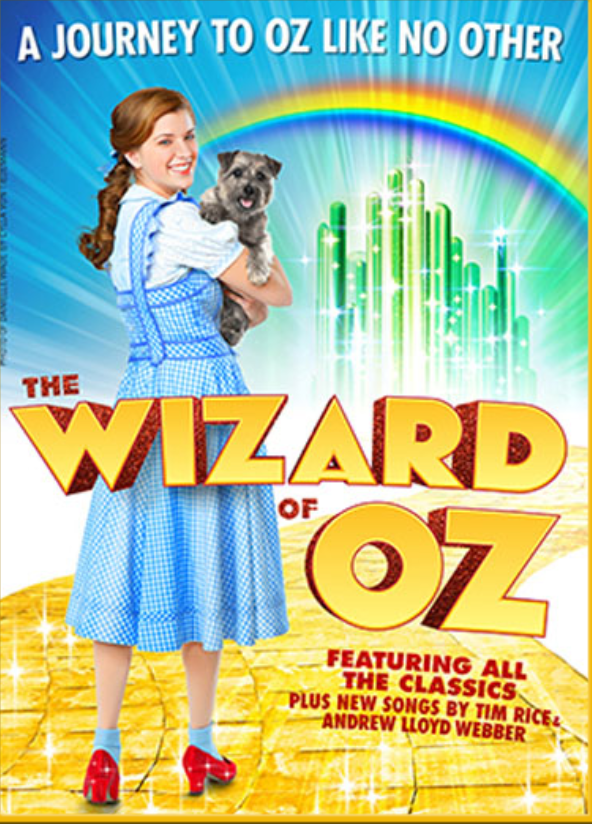 America’s — the world’s, for that matter — fascination with L. Frank Baum’s classic The Wonderful Wizard of Oz is at an all-time high. It’s been some 113 years after the book was first published in 1900 and almost 75 years after the 1939 movie featuring a young icon-in-the-making Judy Garland and time has been kind to the legacy. New books, new plays, new movies have been made from Wicked to The Wiz and the love, and industry, keeps growing.

Andrew Lloyd Webber and Jeremy Sams, along with lyricist Tim Rice reincarnated their beloved Oz by staging a new musical production based on the 1939 movie. It launched in 2011 in the West End of London with Michael Crawford in the role of the Wizard. It closed after over 500 performances 16 months later.

In 2012 a Canadian reality TV show Over the Rainbow set out to find the next Dorothy for a Toronto production of new play. Danielle Wade was chosen and the play opened to rousing success. It closed after being seen by over 500,000 Canadians and began a North American tour in 2013 with much of the same cast.

And that brings it to the home of musical theatre in Los Angeles, The Pantages where it plays until October 6th then off to Seattle for an October 9th opening.

I almost didn’t go. Truly… I thought, well, I’ve seen the movie 1,234,323 times, as a conservative estimate (hint: I’m gay). They’ll be lots of kids. What adult friend of mine would want to go with me… oh, yes, the racketing that occurs. Then I snapped out of it and realized a night of live theatre is better than no live theatre at all, so what the heck. I donned a fabulous rainbow sequined jacket (hello, Emerald City), and Daniel Charleston and I were off to show.

Everything about the night would be magical after that. Everything. 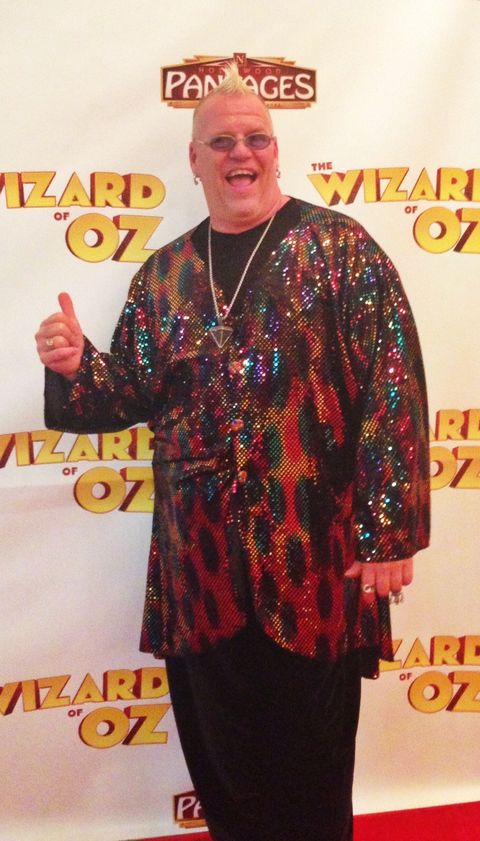 Photo: Daniel Charleston
The kids I worried about were adorable, many in a costume, each of them so excited, so thrilled to be at the theatre, to be seeing the actual Wizard of Oz. Three asked me if I was the Wizard (the coat) and Daniel held back the wicked queen comment, thank heavens. There was a great mix of people. There were gay men everywhere, some with their own children, and that warmed my heart… nieces, nephews (it reminded me of mine, Jake and Heather, and when we fled the production of Footloose after two songs, feeling like cads!), sons, daughters… some couples with kids at home, four-legged kind, proudly showing them off before curtain. There were older couples, younger ones, husbands, wives, kids… everybody showed up for Oz. Celebrities littered the main floor, the handsome, the beautiful, the outrageous all there, all in attendance for a command performance to see the wizard.

The show began and from the get-go it was easy to see this is not your mother’s Oz. Special effects abound, and 10 minutes in when the twister hits the effect is so, well, spectacular, that it gets a round of applause. Yes, a special effect getting applause. But it was quite a trip to Oz for Dorothy, Toto and the audience.

And make no mistake: This play is a spectacle. Now, that means that some of the intimacy, some of the charm, and yes, a little of the magic from the movie is going to be lost in translation. There’s just no way around it. But, it is replaced with incredible visuals and retains enough heart and soul to make anyone from age six to 96 cry. I did. Oh yes. When Wade broke in to the song of songs, Somewhere Over the Rainbow, there I was, back in front of the TV set, in my jammies, mom next to me for the annual watching of the movie. She was 4’9″, my mother, and thus, well, yes, I called her munchkin at times. I lost mom a decade ago, but I felt every single bit of her at that moment in the darkened theatre, her love, and I cried, openly as Dorothy sang. And joy, yes, joy welled up as we were off to see the Wizard, or if we only had a brain, the heart, the nerve…the wicked witch WAS wicked and Toto WAS the most adorable thing on the planet (a rescue, no less, in real life, so remember RESCUE your next pet).

Time flew like the monkeys and for what is almost two-and-a-half hours with intermission seemed like a lifetime of memories, of wonder, of amazement. The production keeps all the original songs, but adds new ones to make transitions and dialogue easier to get through in a musical setting. Homage is paid to the original on many occasions, and the cowardly lion even professes to being a proud “friend of Dorothy” to thunderous applause. Yes, there’s things for adults, too, in Oz.

Home. So many of us have fought to keep ours. I know I have. After four years, this year, I finally got a modification that has allowed me to stay here (so far). As this horrific economy has shown us, there is no place like it. Stories of so many families losing theirs still ring in our ears and I couldn’t help but feel the importance of home as Dorothy was reminded, clicking her heels, heading back. I was home with my late husband Andrew; I’m home now with Pippa and Atilla and friends throughout the day… people make home, not just a building. Again, a lesson so many have had to learn in these times. Places come and go, it’s the people that stay with us on the journey, the people we love along the way, that truly matter. We’ve all had that lesson driven home in these hard times. And the play brings it up in so many ways. For those of us that were teens in the ’70s, 20 in the ’80s and now not 20 any more, nostalgia takes over and a love of a simpler, easier time surfaces. For those with kids, it’s about establishing new traditions around such old themes, maybe even an annual journey to the theatre instead of a movie on TV to share time, to share laughter and joy.

We love Oz, in all its forms, because its themes are eternal: the journey of self-discovery, the adventure of finding happiness right where you are in life, the importance of friends and loved ones (including little dogs!) and the fact that you can’t runaway from yourself, or from problems.

I would like to slight the production, as an actual critic. I could say that some of it is so overwhelming that things are lost. I could say that it’s a little long for kids, and some adults. All of that was said by critics around the 1901 production that Baum put on the road himself.

The fact is the journey down this yellow brick road is as enchanting as any other, from the written page, to the movie, to the numerous stage productions over the centuries (yup, plural) including this one.

There is no place like home, and watching the Wizard of Oz on stage or screen, still feels like home to me.

Through Oct. 6 at the Pantages.

To hear the podcast or to listen to The Karel Show live daily go to the website, or get the Appfor iOS or Android