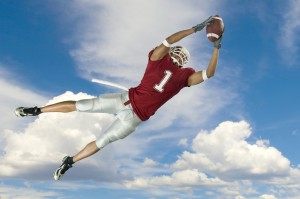 This week, I bet that you’ll hear “What’s the spread?” Sure, it could be an array of food offerings at a party – but chances are, people are referring to something associated with the Big Game (or “S*per Bowl,” as the litigious NFL calls it).

Here’s a quick explanation of some commonly used sports gaming terms and real-world examples to help get you familiar. Then tune into the PM Show Fridays at 4 p.m. and listen to Michael Horn and me discuss who we think will come out on top Superbowl weekend! 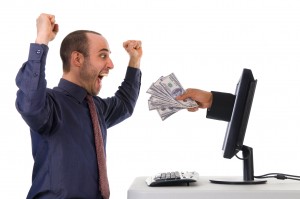 Favorite: This team is a game’s predicted winner. Conversely, the underdog is forecasted to lose. This weekend, the San Francisco 49ers are expected to win the big game, so they’re the favorite. The Baltimore Ravens are the underdog.

Point Spread (also known as the “Line” or “Spread”): this number simply represents the predicted scoring difference between two teams. The point spread is usually given in half-numbers (for example, 3.5, 5.5, etc). This guarantees that someone wins the bet, since no sport awards half-points.

The projected winner is called the favorite. Their odds are given a negative number (-3.5, -5.5) because, in the sports betting world, they have even more to prove – because everyone wants to take the better team, right? The underdog is given a positive number (+3.5, +5.5, etc).

For example, San Francisco is a 3.5-point favorite over Baltimore. Basically, the 49ers must win by 4 or more points to cover the spread. People who bet that San Francisco would do so win the bet.

But if San Francisco wins by 3 or less points, people who bet on them would lose their bet – and those who took Baltimore win the bet.

If Baltimore wins by any score, people who bet on them win their bets. 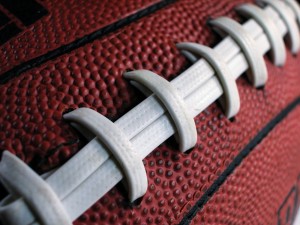 Can you bet on one team – without having to deal with the point spread? Sure – but your potential payout is significantly smaller. That’s when something call the “money line” comes into play.

Money line: Unfortunately, this isn’t a group of people lining up to give you money. A money line represents odds in terms of money. San Francisco’s money line is -160. If you think San Francisco will win but don’t want to mess around with the spread, you’d have to bet $160 to win $100. Because they’re the favorite and no points are being risked, that’s why one must so much to win a measly $100.

Over/Under: This may be one of the easiest terms to understand – but hardest to bet! Very simply, the over/under is a game’s projected total score.

The Super Bowl’s over/under is 47.5 points. So bookmakers are predicting that the Ravens and 49ers will combine to score a total of about 47.5 points. If you think the total score will be greater than or over 47.5 points (48 or more), then you’d bet the over. But if your gut says they’ll tally less than or under 47.5 (47 or less) you should bet the under.

Betting the over/under is difficult. Using our Super Bowl example, you might think the final score will be 28-21, (which is realistic), for a total of 49 points. Betting the over feels like a safe wager. On the same token, if one team blows out the other – say the score is 35-10 – that falls short of the 47.5 over/under.

A parlay is a single wager comprised of two or more wagers. However, the bettor must win each bet – or she will lose the entire wager. For example, you could bet San Francisco wins by the spread and also take the “over. Then the 49ers must win by 4 or more points and the game’s total score must be 48 or more points. If both of those come true, so may your dreams. But if San Francisco wins and 47 (or less) points are scored, you might be sleeping outside after the game. 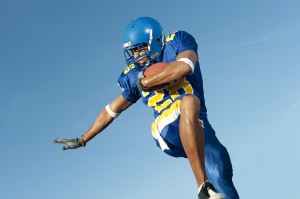 “Why would someone place a parlay?” you may ask. The potential payouts are larger. But that’s because the odds are really stacked against the bettor (and progressively get worse with each bet on a parlay). Do I recommend parlays? Not really – unless you have money throw away. Give me a call and let me help you recycle it!