“The Early Report” with Eric Early

Reporting from the Belly of the Beast

It’s time America for the Eric Early show.  “I believe we’re in a battle of good versus evil in this country right now.  I’m here fighting against this creeping socialist/communist takeover that we’re watching.”  Eric is a successful businessman and attorney living in Los Angeles and is now taking on the Swamp in Washington, running as a candidate against corrupt career politician Adam Schiff.  Eric Early is fearless and his mission is to expose the underbelly of the beast.  Get out of your comfort zone.  You are about to be woke for The Eric Early Show.  Coast to coast and house to house. 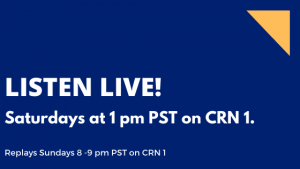 View all posts by: Debbie Barrera