The Sports Lounge with Fred Dryer Launches On SiriusXM!

The NFL’s “Sultan of Safeties” expands program to SiriusXM Channel 211!

NFL great and Hollywood icon, Fred Dryer and his co-host, Mike Horn bring you the latest on sports news and the politics of the game.

Following his retirement from a 13 year NFL career with the Giants and the Rams, Dryer began his successful career as a film and television actor, notably starring in the series Hunter.

“Fred brings such a unique perspective to sports radio,” said Jennifer Horn, Vice President of Marketing for CRN Digital Talk Radio.  “Not only is he a former player but he understands all aspects of the game.  He is very in tune with the politics and decisions made behind the scenes in the sports world.  His show is not your average sports show!”

Fred was a first team “Little All-American” and represented San Diego State in the East-West Shrine Game and the Hula Bowl.  In January 1969, Fred was the thirteenth over all pick in the NFL draft, selected in the first round by the New York Giants.  After playing three seasons for New York, Fred was traded to the Los Angeles Rams where he attained “All-Pro” honors playing right defensive end.  He retired from professional football in the summer of 1981. 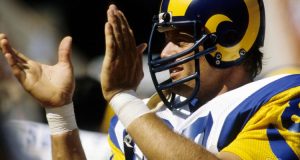 After football, Fred decided to pursue his passion for acting and performing.  In 1984 Fred landed the lead in the Stephen J. Cannel series “Hunter”. The show aired for seven seasons on NBC and elevated Fred to world-wide fame. While acting as detective “Rick Hunter,” Fred’s interest turned to directing and producing, leading him to produce the sixth and seventh seasons of “Hunter” bringing him much success and critical acclaim.  “Hunter” lives on in syndication to this day in over one-hundred countries around the world. 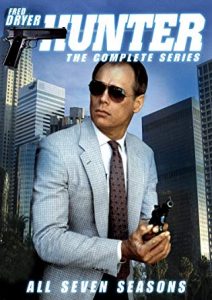 After “Hunter,” Fred headed to Paramount Studios where he started Fred Dryer Productions.  FDP produced “Day of Reckoning” and “The Return of Hunter,” along with many other titles.  He continues to act and develop film and television projects.

Always an active reader and study of sports, business and politics, Fred Dryer partnered with Los Angeles based CRN Digital Talk Radio in August 2011 to create the weekly “Sports Lounge with Fred Dryer.”  Fred couples his passion and knowledge for sports with his first person perspective of the business to bring listeners his unique take on the games, the players and the politics that make up the world of sports and American culture. 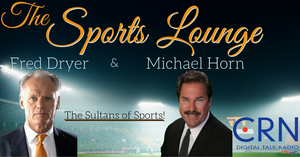