Readers speak out on climate change

Two weeks ago, my column, “Climate change presents viticultural challenges,” elicited a larger number of reader responses than usual that included several interesting questions and some impactful observations on climate change within the world of wine and beyond. 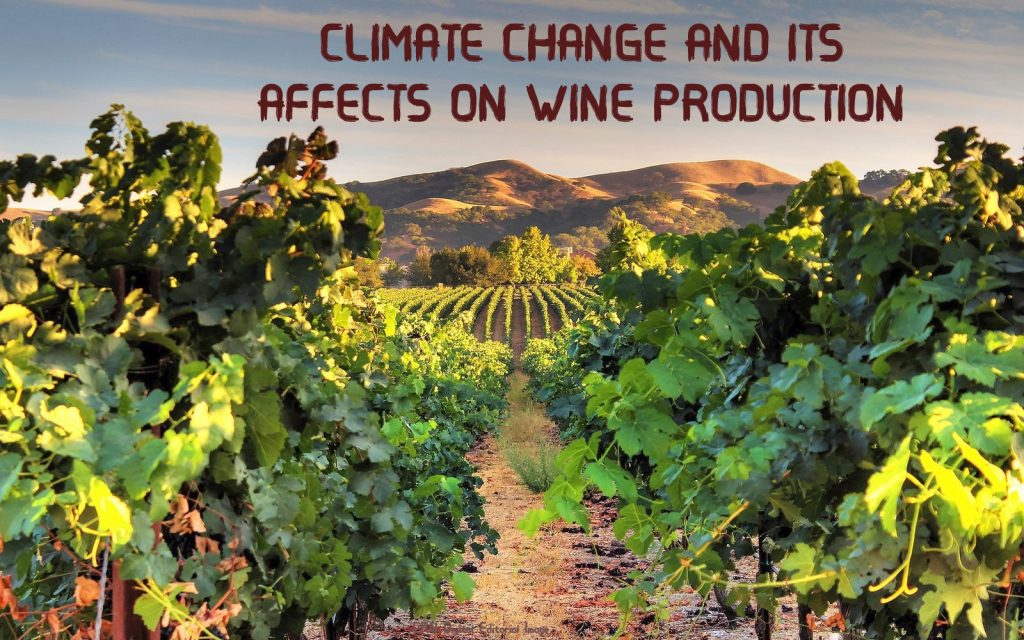 Since concern about climate change and its effects is universally shared, I thought a follow-up discussion containing a few of the comments and questions (representing most I’ve received) would be of interest.

Although there is a wide range of opinion – some borne out of factual studies and other not necessarily so – on the cause(s) of climate change, the overwhelming evidence supports a man-made influence that will need the combined efforts of individuals, governments and industry to reverse.

Our son Randy graduated from the University of Pennsylvania with a degree in Environmental Sciences.

He is a Co-founder of GreenFire Energy, a geothermal technology company and is Executive Vice-President of OFRS, a remedial construction and environmental contracting company.

His has always been passionate about the environment and over the last fifteen or so years has also developed a passion for wine.

Randy – This is yet another example of how those who are impacted in their daily lives and business by climate change are choosing to adjust rather than deny, despite the baseless denials of a few.

As someone who is both an environmental scientist and businessman, it’s good to see that the wine industry is trying to be adaptable in search of the optimal varietals that will grow in an old region’s new climate.

And even better is to see the regulatory bodies that oversee the industry showing a willingness to be more flexible than before by recognizing that changes in their own rules will be necessary for the continued success of any given wine region.

It’s just too bad that they have to.

Joe – An excellent piece on a very difficult subject.  Thanks for doing it.  It would be interesting to see what some capable viticulturists are saying.

Will people be growing grapes in Greenland (or whatever is left of it after the melt)? In Iceland? In the Arctic?

I’m not so sure about Greenland, Iceland and the Arctic but just look at England that was always considered too cold for growing quality wine grapes.

Today, world-class sparklers from traditional varietals are being produced and new plantings are ramping up in several previously non-productive regions.

And we can also observe the vast improvements in Poland and Eastern Europe to get a sense of what’s happening as temperatures rise.

However, historic cooler regions such as much of Germany, Austria and Switzerland are facing some severe challenges with more limited options.

Steve poses a two-part comment/question – I am somewhat optimistic that we humans will rise to the challenge.

There seems to be an increase in tree planting around the world, among other efforts, to help suck up that dreaded CO2.

While I appreciate Steve’s optimism, we must also be aware that just as more trees are being planted in many areas so too are millions being cut down in Brazil’s Amazon forest and elsewhere.

And here at home we’re increasing greenhouse gas emissions on a daily basis as our direction in overcoming the causes and negative effects of climate change are being reversed and greatly diminished.

Given the changes that are coming for wine growers/makers, do you think existing wine collections will increase in value more than they would have without climate change?

While that could be a possible consequence, I’m not sure how long it would take to reap the rewards.

Wine collecting is not a short term proposition and the viticultural changes mentioned in my prior column will also take decades to evolve and even longer when you take into account the years needed to bring a wine to market after a vineyard has reached the necessary level of maturity.

Gary – Do you think [warmer weather] will have a positive effect on the quality of the Central Coast wines?

Over the last several decades the quality and availability of Central Coast wines have been on a continual upswing as different growing areas became more focused on specific varietals best suited to their climatic conditions.

The cooler coastal regions are well suited to the needs of Pinot Noir and Chardonnay whereas many regions on the eastern faces and valleys below the coastal mountains are a bit warmer (but still cooler than most other parts of the state) and better suited for the Rhone varietals (e.g. Syrah, Grenache, Viognier) and others. 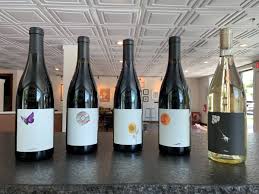 Therefore, with climate change the varietal balance may require different growing locations, but the Central Coast’s various soil types may not support the move.

The Central Coast is a large and complex area so we have to wait and see.

But let’s not forget the rising sea levels, resulting from melting ice caps, that will itself have other negative effects on the area.

By coincidence, an in-depth look at climate change and its effect on worldwide food supply appeared on-line in the August 8 New York Times just a day before my column.

The story was based on a recently published United Nations report resulting from an extensive study by more than 100 experts from 52 countries.

Going beyond the effects of climate change, Christopher Flavelle in this NYT post addressed the earth’s food supply now under threat.

“The world’s land and water resources are being exploited at ‘unprecedented rates’… which combined with climate change is putting dire pressure on the ability of humanity to feed itself.”

Flavelle goes on to report a dismal observation from the study that “climate change will make [the threats] even worse, as floods, drought, storms and other types of extreme weather threaten to disrupt, and over time shrink, the global food supply.”

Climate change is real.   As is the immediate need to alter our daily routines to curb its destructive effects.

Thankfully, the wine industry from grower to retailer is on track and moving to “adapt” and “reverse” rather than, as Randy said, “deny.”