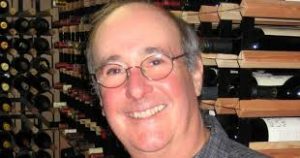 In most contexts the mention of “austerity” congers up negative images of something we’d rather not embrace, while “structure” is often related to the core of a physical object such as steel framing in a high-rise building.  “Character” can take on many diverse connotations from an actor’s role to one’s personal value-set.

So how do these seemingly unrelated terms apply to wine and are they considered for their positive or negative influence?

Austerity is often associated with young dry Riesling, minimally oaked traditional Chablis and the whites of Spain, Austria and northern Italy to name a few.  They proudly exhibit their bracing acidity (think backbone) and restrained forward fruit.  Austerity is also seen in reds more in the Old World style such as Barolo, Bordeaux and Burgundy.  On release, they display lively acidity, restraint on the nose and palate with structured finely grained tannins (think longevity).

A banker friend once told me, “Austerity is something I’ve always respected in banking and am just learning to appreciate in wine.”  I often reflect on this observation as most relate more to the negative connotation of the word as defined by Merriam-Webster (displaying sour and simple flavors, somber, unadorned, stern or cold) than to a more positive view of its application to wine.

When I encounter an austere wine, I tend to stand back for a minute and contemplate what my senses are telling me as I’m invited in to learn more.  This is in direct contrast to the “hedonistic” (often used by Robert Parker to describe his 95 plus to 100-pointers) expression that best fits those fruit-forward examples jumping out of the glass at you, though holding little in reserve to explore.

Perhaps there’s an analogy here to the great Alfred Hitchcock and Agatha Christie mysteries compared to the aggressive pyrotechnic excesses seen in many of today’s movies.  While both sides have their fans, the Hitchcock and Christie stories drew me in as I became part of the experience, yet many of today’s over-the-top cinematic efforts overload my senses and leave little to the imagination.

Some wines exhibiting intense structure may seem a bit hard and off-putting in their youth but will come around by decanting or with time in the glass or bottle.  Structure is the roadmap to longevity and also a key in appreciating classic wines from the freshness of youth to their distinctive charm as they evolve with age.

A wine’s structure is easy to appreciate when present and readily noticeable when absent.  It goes hand-in-hand with the expression of balance where no component (acidity, fruit, tannin or alcohol) overshadows another but rather they coalesce to present a seamless tapestry of bouquet, flavor and texture.

The same elements found with balance are also integrated with structure, but in this case they work together in helping the wine stand erect, as opposed to collapsing (like a disappointing soufflé) on the palate and presenting a “flabby” ill-defined shape and textual profile.

Acidity and tannin are primarily responsible for the structure and aging potential of red wines while acidity must essentially act alone for whites.  Acidity aids in creating the framework while tannins bind it together allowing the wine to stand upright.

Structure, as a critical element, is often missing from both reds and whites that are left on the vine at harvest to over-ripen in an effort to create the high alcohol “fruit bombs” we’ve seen for years at the top of many critics’ charts.  With this late harvesting and over extracted model, acids drop off and tannins soften which is antithetical to the essential nature of structure and balance.  Forward fruit and a sagging palate do not contribute to the overall enjoyment of wines nor their capacity to age or pair well with a meal.

A wine’s character articulates the impeccable interplay of its balance, structure and an identifiable expression of varietal integrity and place of origin (sense of place).  Wines displaying these qualities are sure to leave an indelible mark on our vinous memory and the event where they were enjoyed.

Character is best expressed in the first sip and grows internally as the meal progresses. Here, Merriam-Webster refers to character as, “One of the attributes or features that make up and distinguish an individual” and as, “A main or essential nature especially as strongly marked and serving to distinguish.” I look at “distinguish” (in both definitions) as the key word when I appreciate the character of singular wine.

The question I find myself asking when tasting is, “What makes this wine different, exceptional and distinctive?”  The subject may become a bit esoteric when we also consider the intriguing, intangible and subjective components while speaking to a wine’s true character.  And that’s what separates a particular wine from others not exhibiting the same spark.

Scores, medals, lofty pricing and even the perceived collectability of a specific wine do not speak directly to its expression of character.  A beautiful dry rosé or the minerality of a great Chenin Blanc on a warm summer afternoon can certainly inspire a moment of discovery just as can a classic Napa Cabernet, Grand Cru Burgundy or First Growth Bordeaux when serving as the centerpiece of a sumptuous epicurean feast.

While hard to precisely define, character is a virtue that you will know when you encounter it.  John Wooden, the legendary UCLA Bruins basketball coach who took his team to seven straight NCAA Championships (and 10 in 12 years), once expressed the “distinguished” nature of his team by saying, “Winning takes talent, repeating takes character.”

In the wine press and among wine lovers, there are many puzzling descriptors often used to express the flavors and aromas one may discover through the tasting process.  Unfortunately, the positive sense of austerity along with structure, balance and character are often omitted leaving us an opportunity to realize these most critical qualities on our own.  And, when found, the experience is a welcome bonus that brings great rewards.

Allen Balik, a Napa resident, has been a wine collector, consultant, author, fundraiser and enthusiast for more than 40 years.