The Wine Exchange – with Allen Balik- Looking back at Premox

Premox is a relatively unfamiliar term to most wine lovers and consumers, but is well known to Burgundian producers as well as collectors and merchants across the globe.

I plagued the famed and glorious white (Chardonnay) wines of Burgundy from the mid-1990s to the late 2000s.

But has it ceased to exist, and did the Burgundians ever determine the cause of this market-shattering situation?

Almost five years ago, I wrote a column in this space asking,

“Does anyone really understand Premox?”

I examined what was then a very hot topic throughout the world of wine.

Although there was no shortage of speculation as to its cause(s) and possible remedies, there actually were no compelling answers.

All that was really known was since the mid-1990s vintages, the white wines of Burgundy were aging prematurely.

These wines that historically developed slowly over decades were suddenly seen at five or six years of age to be dark in color with “sherry-like” aromas and dried-out fruit on the palate.

No one could explain it, but the condition seemed at the time confined to the storied whites of Burgundy.

So now  five years down the road and questions still remain.

Is Premox still happening in Burgundy or elsewhere? Do we have a handle on its causes?

Do we really know what the Burgundian producers learned from what was often referred to as the “plague” of Premox?

Have they adequately undertaken steps to correct and avoid it?

The subject of Premox has virtually disappeared from the wine press so I reached out to several sources in my quest for updates.

My cross-section of contacts comprised local winemakers along with Burgundian wine aficionados/collectors/importers and a few producers.

And although many of those I spoke with were opinionated and quite helpful, the silence was deafening when speaking to the Burgundians directly.

It seems as though the great sense of “denial” that existed since the early 2000s when Premox was first realized by opening bottles from the mid-1990s, continues in great measure today.

Let’s not confuse Premox, an unpredictable but very specific issue, with the shorter life expectancy and earlier maturation of wines made in the more recently popular critic-driven “international” style.

These wines are designed for (although not necessarily marketed toward) early drink-ability.

Premox, on the other hand, is a flaw and was only discovered as the bottles were opened.

But once open, it is a clear and irreversible presence resulting not only in disappointment, but countless bottles of wine, expectations and dollars down the drain.

Some of the most commonly voiced speculation (then and now) on the causes of Premox are: warmer growing seasons (climate change?), over-ripe fruit, poor cork quality (but not taint), high alcohol with low acidity, excess new oak, low sulfur levels, wine-making equipment, etc.

However, the opinions of winemakers and scientists are diverse and the relative importance of the various “causes” is a matter of individual beliefs.

Aaron earned his Masters in Viticulture at the Université de Bourgogne.

He pointed out that in Burgundy through the late1980s most wineries had either older wooden upright presses or horizontal screw presses with very few of the more modern pneumatic presses seen in other wine producing areas.

With the older presses, a rampant exposure to air resulted in the juice being subjected to “hyper oxidation” that naturally removes browning agents in the wine and helps with the later evolution of flavonoids.

The American Society of Oenology and Viticulture published a report that clearly states the widely accepted notion that hyper oxidation of the juice through an enzymatic processes shields the finished wine from future negative oxidative reactions; and so enhancing its ability to age.

Based on this theory, Aaron steadfastly suggests, “ 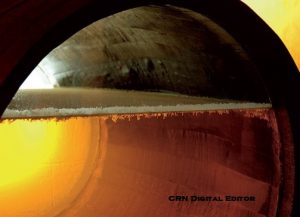 In support of his argument, Aaron is quick to point out that,

“Since the early 2000s most of the pneumatic presses in Burgundy have now been replaced with newer versions of the more traditional presses used in the past.”

John Tilson (Founder and Managing Editor of The Underground Wine-letter) is now planning his 32nd annual pilgrimage to Burgundy.

He relates Premox to “A cradle-to-grave scenario without any of the good years in between.”

He is thankful that he has not experienced Premox since the 2009 vintage.

John related the story of an unnamed close Burgundian friend and highly respected vintner with a multi-generational history of wine making.

John’s friend decided, on the recommendation of another Burgundian, to reduce the amount of sulfur used to make cleaner wines.

After several vintages in following this approach, he began to notice off-odors and colors in the young wines.

Realizing his error, John’s friend retreated to his older methods and returned to producing outstanding wines with not a hint of Premox.

Jack Daniels was the founder of Wilson Daniels – a noted importer and distributor of some the most highly regarded Burgundies and other fine wines.

Jack attributes Premox to “exposure to too much air” during the production process and other wine making issues.

“But now, especially among the upper echelon producers, cellar practices have been upgraded and the problems have been dealt with… I’ve not experienced a Premox wine since the 2010 vintage.”

Here’s the confusion for me.

If hyper oxidation is the key for Aaron and supported by other studies, then why is the increased exposure to air stated by Jack or the use of higher levels of sulfur, an antioxidant, the answer for John’s friend?

There must be a plausible answer but I could not find one.

Bouchard et Fils is not only one of Burgundy’s largest negotiators, but also one of its largest landowners and producers.

They took a different tack and attributed the problems of Premox to cork quality (not cork taint) and switched from natural cork closures to Diam (a composite cork) and redesigned their bottle to accommodate the new closure.

Today, Premox seems a thing of the past in the minds of most, even though there are no concrete answers regarding its cause or any general agreement regarding the reasons for its reversal.

Perhaps the Burgundian philosophy of “We’re past that now, so there’s no need to discuss it any longer,” has some validity.

But what if Premox (under any name) rears its head again?  Will we have any answers or learned from past experience?