Up Close and Personal with Larry Manetti 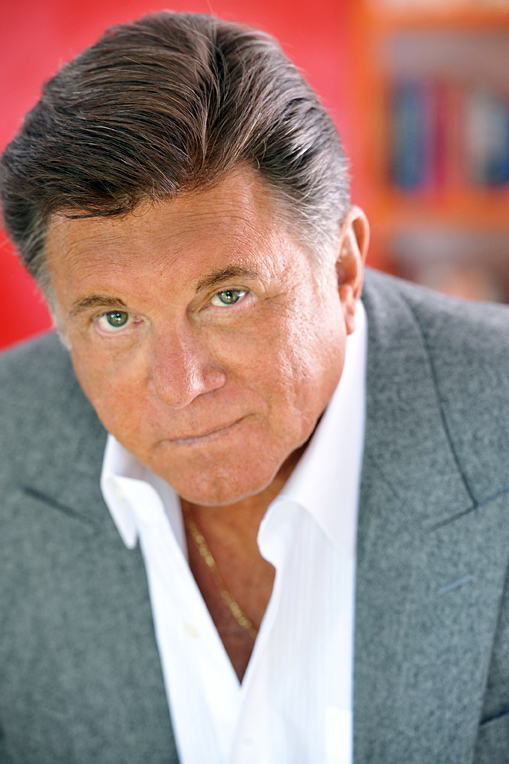 Actor Larry Manetti is known for his role as Rick Wright on the hit series “Magnum P.I.” His edgy, tough guy sidekick to Tom Selleck’s Magnum character, gained him scores of fans during the show’s eight-year run.

With a resume that all working actors envy, including numerous film and TV roles even before he appeared on “Magnum,” Manetti remains a sought after actor and producer. But two years ago, Larry was offered a role he would not turn down – radio show host on CRN Digital Talk Radio. In in that time Larry’s “The P.M. Show with Larry Manetti” has become an instant favorite, earning him acclaim and more fans from his radio audience.

The show, which airs Tuesdays from 4 to 5 p.m. , features Larry, his wife Nancy and a slew of top actors, entertainers, lifestyle experts and tons of loyal listeners.

Having starred in a recent episode of “Celebrity Ghost Stories,” on The Biography Channel, Larry is also returning to the islands to appear in an upcoming episode of “Hawaii Five-O” this season. Larry’s credits include the TV series “JAG,” “Walker Texas Ranger,” “Renegade,” “Quantum Leap,” “Las Vegas” and scores of other films and TV shows.

Q: How did you get involved in radio?

A: I’ve been friends with Michael Horn at CRN Digital Talk Radio and he asked me if I wanted to have my own show and I was really intrigued, so how could I say no?

Q: Was it difficult to go from acting in front of a camera to doing live radio?

A: It’s a lot different, of course, but I love to talk and if people want to listen to me, that’s great. I’ll talk your ear off and then some. But seriously, doing radio has been a great experience. I have a lot of respect for people who do radio because it is hard work and you have to be prepared and be ready. There’s not much you can do if you mess up when you’re broadcasting live.

Q: How have your fans responded to your radio show?

A: They love the show. They want to talk about my life, my career, Magnum and all of that, but they also want to talk about other things that’s important to them. We don’t get into politics or things like that, but we talk to all kinds of guests, like actors, chefs, doctors and people who share their experience and insight.

Q: You’ve continued to act and produce even as you host your show. What is that like?

A: It’s great. Sometimes, it’s hectic and difficult, but I love doing the show. Interacting with listeners and listening to what they have to say is interesting and inspiring sometimes. The fact my wife Nancy is also on the show also helps because she has so much energy and wit. I feel very lucky to have this show.

Q: You also recently completed a film with the late Ernest Borgnine. How was he to work with?

A: He was a great friend of many years and I felt privileged to work with him. It was his last role. But he was great and complete professional even though he was 95, he did a great job. The film was called “The Man Who Shook the Hand of Vicente Fernandez.”

Q: You also were cast in an upcoming “Hawaii Five-O” episode. What was that like?

A: The show still hasn’t aired, so you’ll have to see how it comes out. But it was a lot of fun working with Alex O’Loughlin, who plays McGarrett, and Scott Caan, who plays Danno. I play the owner of a nightclub, like Rick in Magnum P.I. so it wasn’t much of a reach, you could say. But it was fun. It’s a recurring role so I’ll be back.

Q: What is one thing that most people don’t know about you?

A: That I love to cook. I get that from my mother. It’s an Italian thing. We love to cook and we love to eat. I have a ton of recipes. I’m also writing a recipe book so watch for that when it comes out.